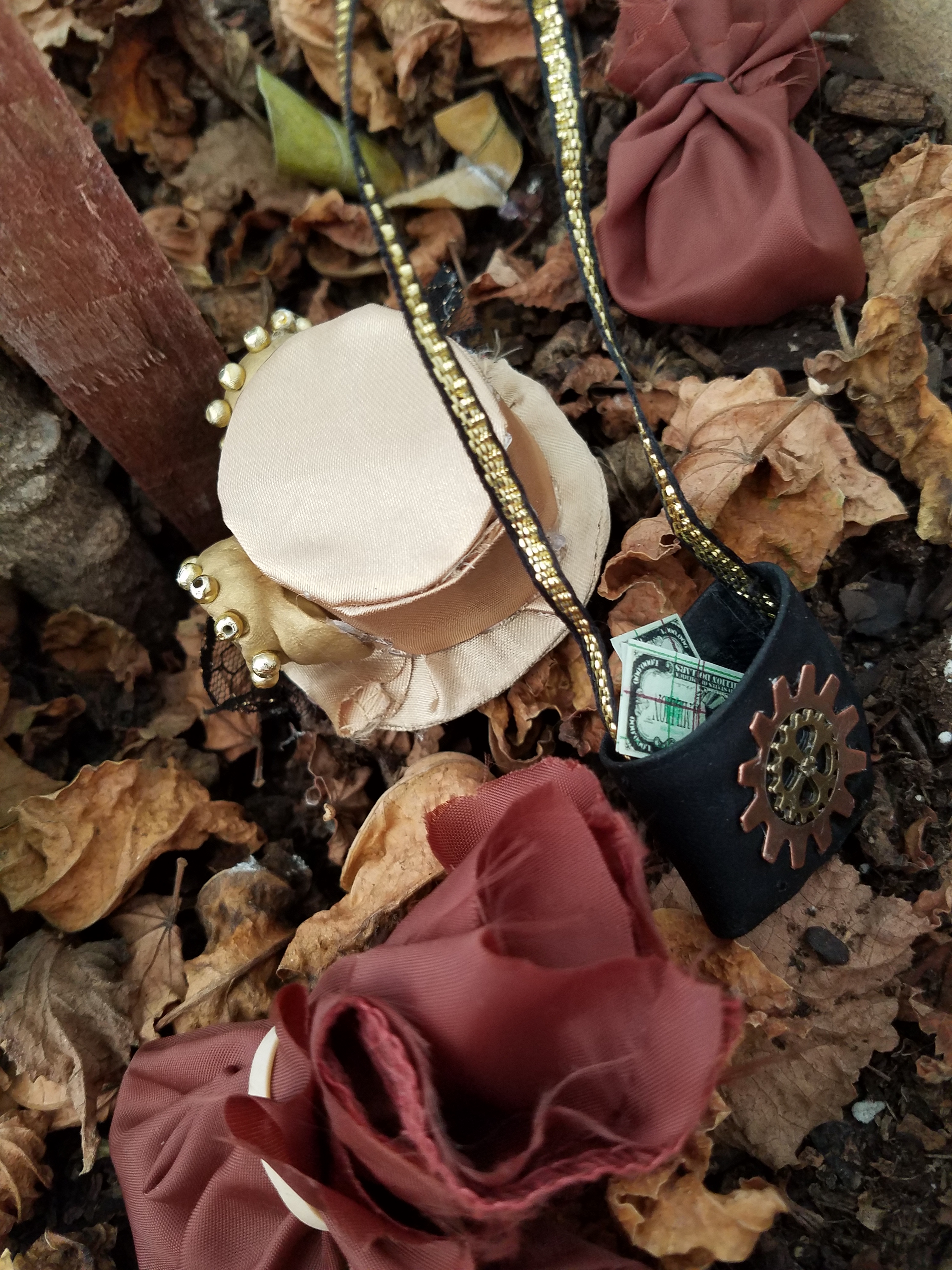 Adriana was stealthy. She had practice sneaking in and out of the kitchen at the orphanage. She was never caught and the children always appreciated the little extra snacks she provided. She moved swiftly from tree to tree making a large enough circle around the camp to not attract any attention.

Once she positioned herself behind the two men’s backs, she snuck slowly closer. A twig snapped. She froze. The two men didn’t notice. So she crouched and stepped forward a few more times. Now she could hear their conversation.

“We could retire, you know.” The younger one said.

“Just one last train, there isn’t a lot in this world that still excites me. But the thrill of job might be what keeps me going these days.” The older one said.

“Can’t you imagine, living in high society somewhere where no one knows of us.” The younger one says, “We could be royalty from a far off land or gold miners who struck it rich. We could be legitimate. No more hiding in the woods. No more remembering where we hid everything. We could find nice ladies and settle down in big houses.”

“Women are poison.” The old one grunted. “A woman is the reason I chose this life in the first place, to be away from their kind.”

“Well, you could get yourself an ugly lass, who couldn’t break your heart. She could cook and clean and take care of you and you wouldn’t worry about her loyalties.” The younger one teased.

Adriana was almost to the hat. She noticed other valuables strewn about. There was a purse full of money and jewelry. There were a few bags full of unknown valuables lying next to the hat as well. Adriana decided not to be greedy. She picked up the hat, fit it on her head and grabbed the purse. She backed away slowly without disturbing the conversation but something caught her ears and she stopped to listen again.

“We could empty out the caves and head West tomorrow. Come on, Harden, aren’t you ready to reap the benefits of all our hard work?” The younger one pleaded.

Adriana thought about the treasures flowing out of not one, but more than one cave in this wood. If she could locate even one of them before the robbers decided to, she could fulfill her dreams as a treasure hunter and live as a wealthy lady.

A light flashed in her eyes as the knife of the old man reflected the firelight. It was a big knife and the robbers were not amateurs. Trying to find their treasure may be a very dangerous endeavor.

Try to find the robber’s treasure?

Go back and wait for the next train to Casterdale?

Go to the Beginning

2 thoughts on “Stealing from Thieves”