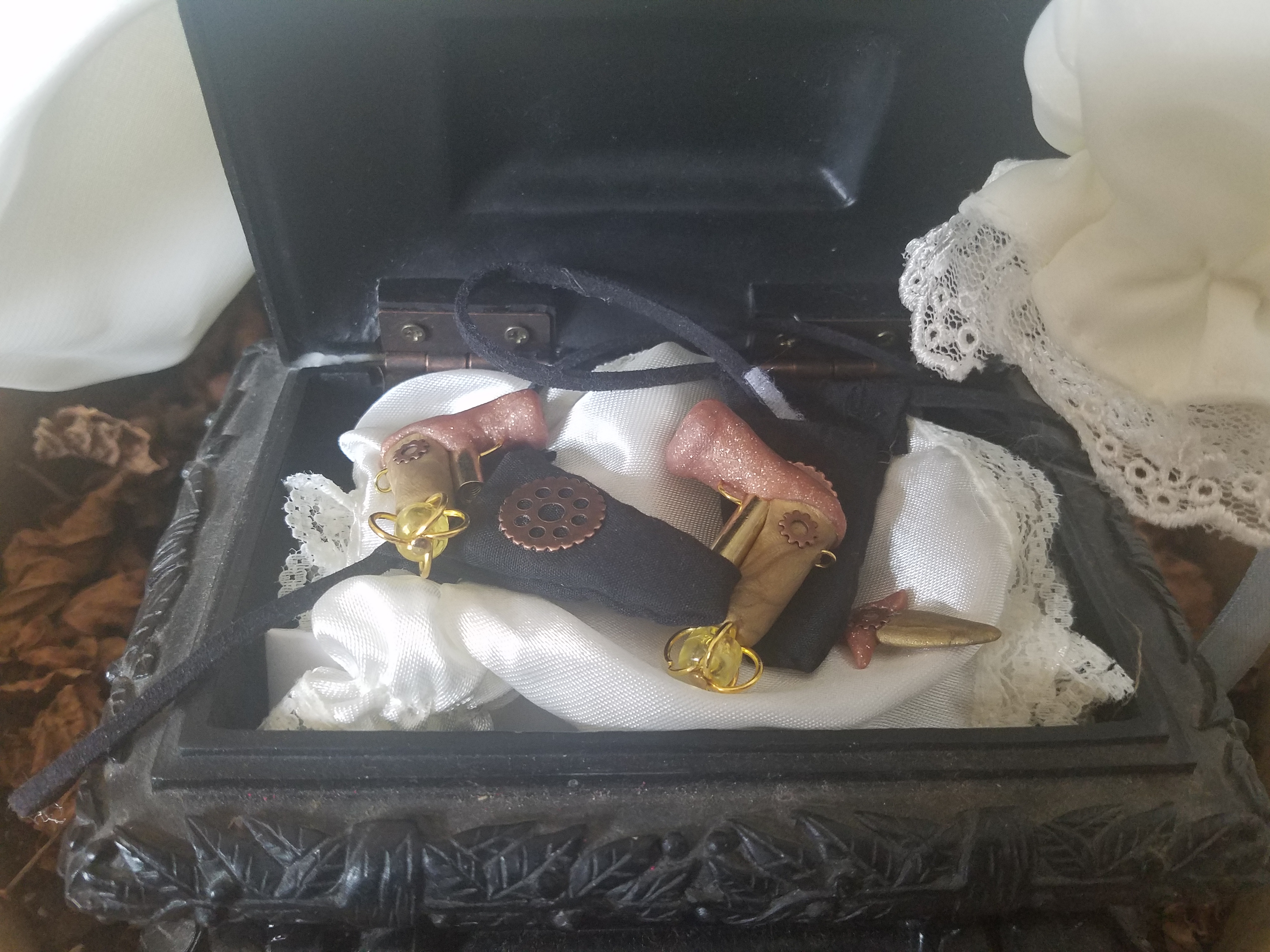 Adriana, fearing the police, ran after the men. She saw them going into the next car as she waded through the narrow isle in coach. She opened the door  into the luggage car and saw that the men had jumped out through an open door.

She grabbed a nearby chest and placed it as step outside of the car for her to climb down on. Once she was out of the train, she no longer saw where the men went.

She dragged the chest down to the woods and watched the commotion as police arrive and looked for the guys briefly before going back to their town. The train moved on and she watched it go. Then she opened the chest. She wasn’t sure why she brought it but she had a feeling that something inside might help her. Really, it reminded her of the chest she’d found her gold dress in so many years ago.

She opened it and there was a dress. She pulled it out but it was for a much bigger lady than she.  Underneath the dress she found lovely rose handled pistols with holsters. She would have liked to know the owner of this chest.  Certainly a lady who owned these had some adventures to talk about.  She found a matching dagger as well and fitted her new weapons onto herself before heading into the woods to look for the robbers.

She was weighing all her options as she walked. These robbers would have loot that they already stole. She could try to find it or she could try to join them. It was terrifying being robbed but how would it feel on the other side?

She didn’t have a lot of time to think about it before she heard gravely voices and smelled a campfire. She saw the older man passively playing with a big knife and the fire lit up the face of the younger man. He was almost handsome underneath the dirt and grime.  Adriana hid behind a tree where a lovely gold top hat catches her eye. There is a pile of treasure strewn around the campsite but the hat would match her dress perfectly.

Introduce herself and join the robbers?

Try to steal the hat before heading back to the track to wait for another train?

Go to the Beginning