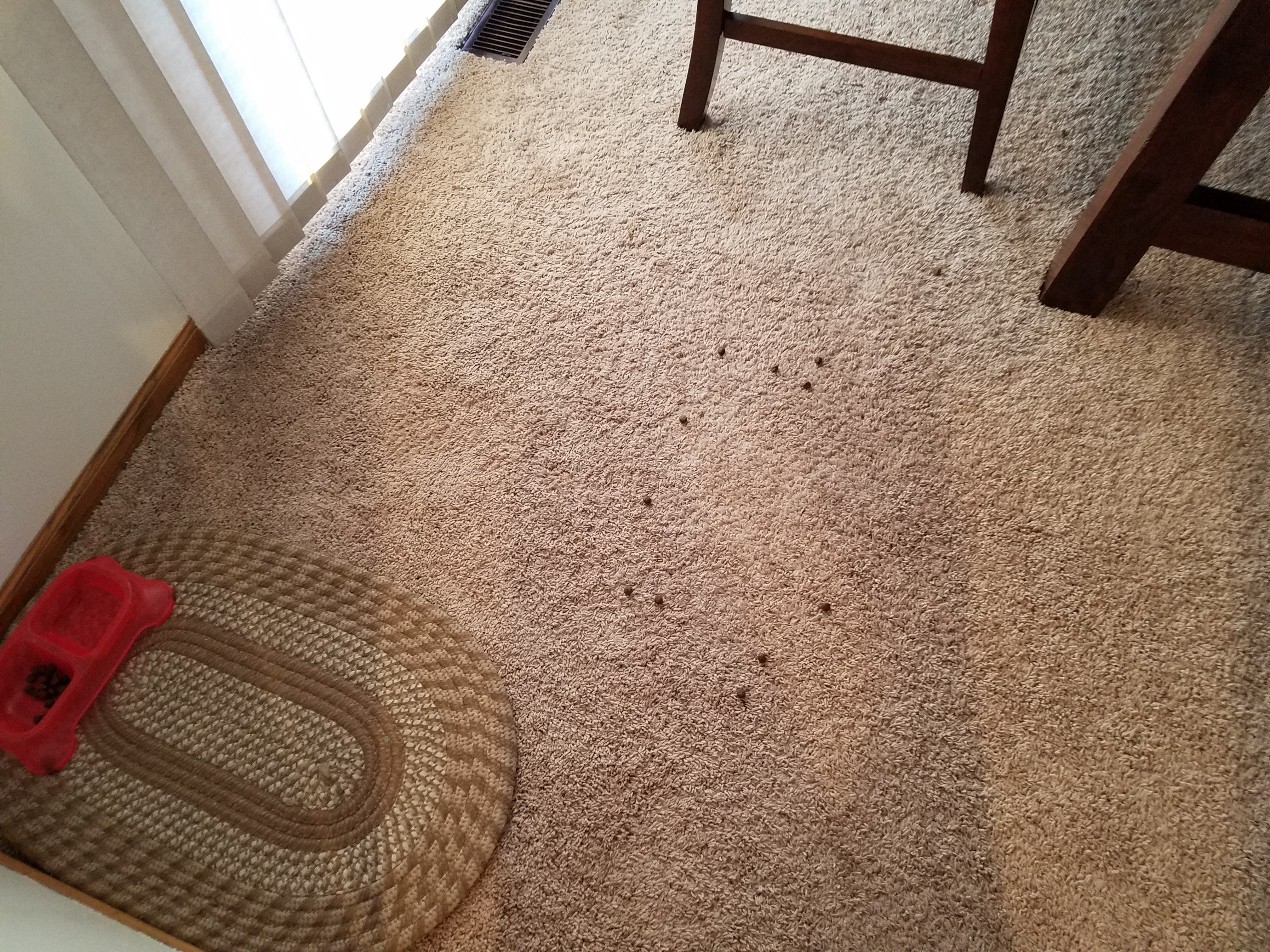 My dog is leaving secret messages written in her food.

I am not sure if it because she is bored of being cooped up inside now that it is cold and she just isn’t as hungry since we aren’t going for walks or if I should just keep recording the designs she makes until I understand the true meaning of what she is trying to tell us.

At first I was worried that she wasn’t eating but her inside potty reassured me that she is definitely eating.

One day there was a perfect trail through our bathroom right up to her potty. I had thought someone did it to encourage her to go there but after asking everyone, it was decided that it was Lilly herself that had left the trail. I picked it all up and returned it to her dish.

Yesterday she made a big circle with it and today we have this sort of little dipper like image.

Perhaps Yorkies are so smart they have their own written language and humans have just been too arrogant to look into learning it before or maybe she is being encouraged by spirits or maybe they are alien symbols.

Speaking of aliens and ghosts, luckily nothing strange has happened since the last haunting and I hope the medicine man has rid me of all that unpleasantness but I did glimpse Drandon the other day. He was walking down the street as I was driving by. Human or not, he is still a handsome bloke.  I tried to stop to offer him a ride but it was icy and my car didn’t slow down. It fish tailed a little and I decided to keep on driving safely instead. I watched him in my rear view though and he didn’t notice or recognize me. He seemed preoccupied with something. Maybe he was just thinking about what had happened in Goblins: Avta’s Quest. Goblins: Avta’s Quest

I do hope to run into him again soon. He has a way of opening my mind to all sorts of possibilities and as a writer; it is a very good thing to have a muse like that.

I will keep updating on what Lilly is writing in her food, check in often, it may be brilliant.