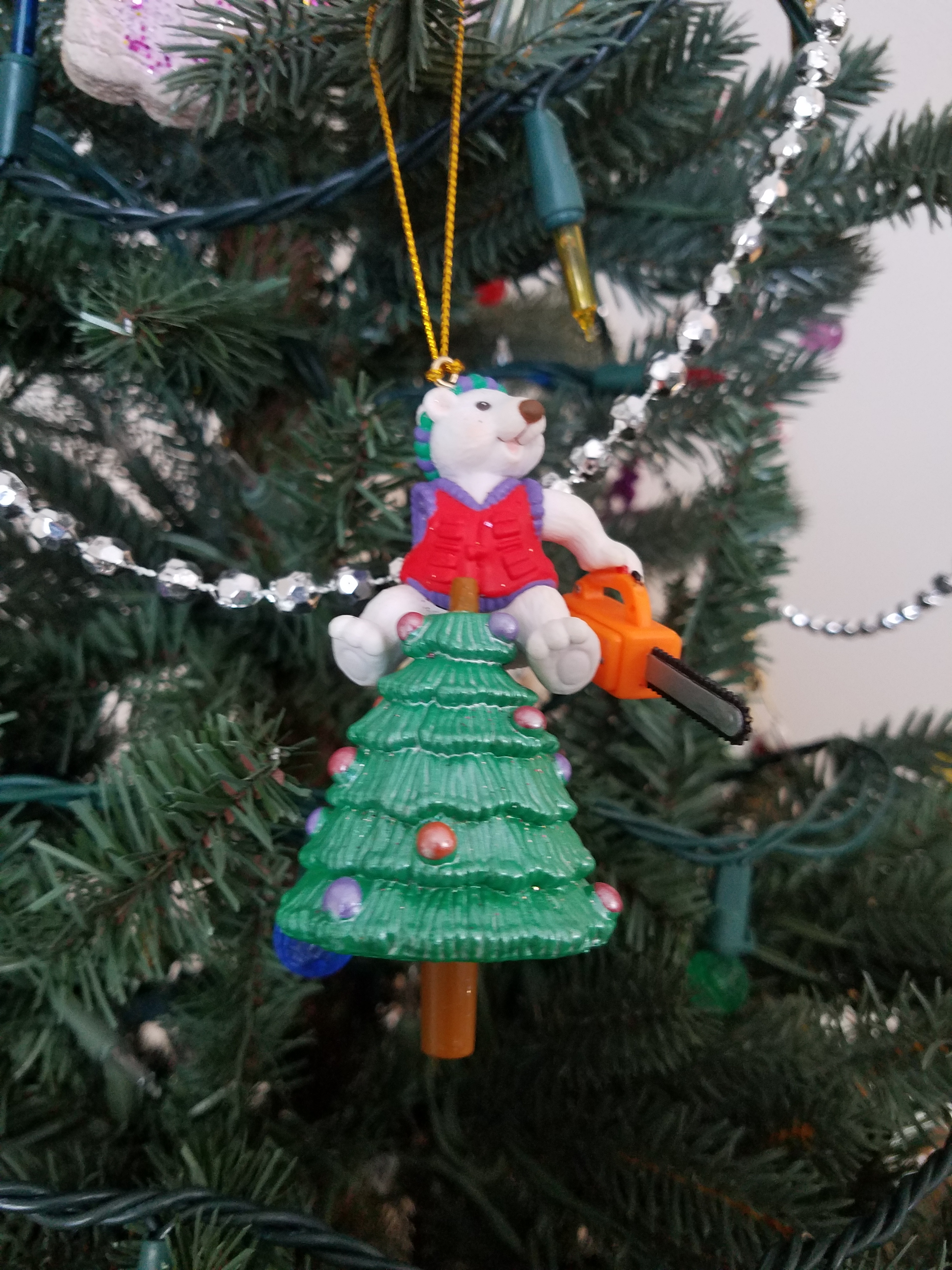 I’m dreaming of a weird Christmas

I may have fallen asleep on the couch today in front of our Christmas tree. The lights weren’t on because there was plenty of bright, cold, winter sunlight streaming in the windows but there are candy canes and decorations from when I was a child, when he was a child and even made by our children. I helped my kids make sparkly wooden ornaments a few years ago with paint and lots of glitter but my favorites are the Popsicle stick tree and the gingerbread man that they made in school with their little pictures glued onto them.

First in a Fantasia style all the glittery hearts and leaves and stars and snowflakes kaleidoscoped in and out of my visions. Then the image of the tiny little lit up house with a little Santa in is making cocoa next to his tree took root in my mind.  It shrank as I backed away from the window and saw the little Popsicle stick tree and a melty snowman made out of glue with a brown paper hat in the yard. Then a long drive lined by large candy canes instead of trees.

Somewhere bells were ringing and a glittery horn was playing and there was another sound too. It was a chainsaw. I turned around to see the one armed polar bear with his orange chainsaw sitting on top of a tree. My sister and I had gotten an ornament each year from our uncle and I am not sure which year I was given the bear or when he lost his arm but we’d joked when we put him on the tree this year that he must’ve cut it off with his chainsaw. What seemed like an innocent joke was absolutely terrifying in my dream. The bear jumped down from the top of his tree and started chasing me. He still was smiling and wearing his little holiday vest but his chainsaw seemed to get closer every time I glanced over my shoulder.

I was slow motion running past an arrogant Cat in the Hat reading his own book and a ton of cute mice, sleeping, hanging out of toy chests and stockings and one dressed as a cheerleader sitting on top of her Christmas locker. I ran past a heard of marshmallow reindeer and a big, red, shiny, metallic cardinal. Santa drove by in his little red car and honked with a merry, “Ho, ho, ho.”

I yelled, “Wait, help, take me with.” But I heard his jolly laugh fade into the distance. I looked back and the chainsaw was still there almost on my heels being wielded by that smiling bear.  I tried to hide in a forest of paper Christmas trees with sparkly, puffy pom-poms and yellow paper stars on them but the orange chainsaw cut through them from the back, one side to the other, each one at a slightly different angle until there was no tree left for me to hind behind.

So I started running again and I looked down to see the ground underneath me was lit up like it was frosted glass and there were Christmas lights underneath it. I heard a new noise and looked up. It was the Polar Express coming out of its book and running on the Christmas light track right for me. I tried to get off the track but some invisible force wouldn’t allow me to. So when it came close I jumped and to my great delight flew a lot farther than I expected and landed on top but my relief only lasted a moment because the bear could apparently jump too. I got to the second train car and swung inside from the top. I crouched in the corner and watched through the crystal icicles hanging in front of the windows as a huge Christmas star shone brightly in the sky. I waited very quietly for what seemed like a long time. Then the bear with the chainsaw smashed into the car. I screamed even though I tried not to and he came closer but when he finally came into range of touching me, he set down his chainsaw and grabbed his arm out of my hand. Apparently I had it the whole time. He stuck it back on and gave me a hug before I woke up.

Perhaps I should leave the rum out of my eggnog during the day.