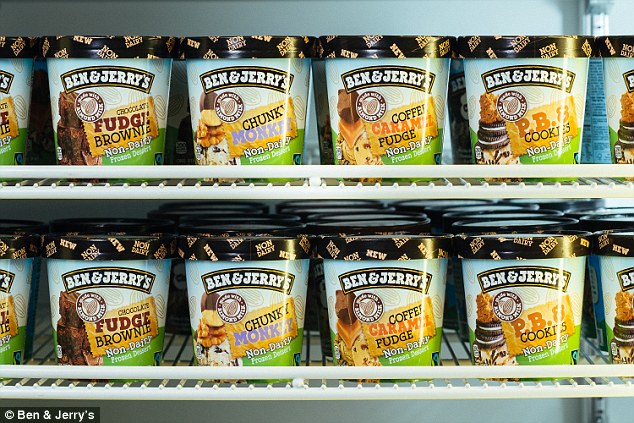 I woke up the next day from a strange dream where I had frozen everyone and they never came back. Life was just stuck paused and I was the only one moving around. It was very lonely and it set the mood for my day. Maybe it was the ice cream hang over or the guilt over the way I obtained the ice cream but I was not feeling very good. I drug myself out of bed, got dressed in clothes only slightly more appropriate than pajamas, made some coffee and watched the rain pitter patter in the grey world outside my kitchen window. I decided I would cleanse myself in the rain and go for a walk. I threw on a jacket and a scarf and some boots that would all be soaked soon enough. I grabbed my purse automatically and realized I wouldn’t need it. As I set it down I saw the top of the plastic bottle sticking out.

I pulled the bottle out and there were the eight pearls left sitting in the bottom. They were iridescent and still twinkled in the little light there was. I took one out. It was smooth and warm in my hand. I decided it wouldn’t hurt to bring it along.

I placed it safely in a deep sweater pocket and locked the door behind me. The cold wet drops were large and I started to wish I owned an umbrella but after the initial chill I decided it was refreshing and not too cold. I shuffled down the block and started imagining everyone stuck in time again. My fingers naturally sought out the warm sphere in the fuzzy pocket. After walking a few more blocks in my frightening day dream, I was brought back to the present with a child’s voice straining in the wind, “Wait, wait for me”. There was a boy, maybe eight years old running after the school bus he had just missed.

Here was my chance to be a hero. I started running toward him and I squeezed the pearl. The boy froze, the bus froze and everything stopped. The raindrops were all suspended in air around me and as I walked through them, I left a dry path behind me. I grabbed the boy, ran him to the bus. I put him down for just a moment. The doors on the bus didn’t open as easily as I hoped but I pushed hard and they finally gave. I placed the boy who was still in a running position just behind the yellow line facing his peers. It would be fun to see his confusion and relief when the pearl stopped working but it would be hard to explain why I was on the bus. So I exited the doors and pulled them partially shut and I started down the block again. I twirled around knocking a many drops out of the sky. I wrote my name in them like one would do with a sparkler than outlined a big heart. The message stayed written in the sky for only a moment before the drops began falling normally again. I was disappointed and relieved by the action all around me.

I had done a good thing and for the moment it cancelled out the guilt I had from shoplifting. I watched the bus turn the corner and knew that I had saved that little boy’s day. I immediately wanted another pearl to caress. The urge was so strong that I stopped and questioned it. It is power; the pearls have the power to immediately alter reality. Suddenly I heard Uncle Ben’s voice in my mind, “With great power, comes great responsibility.” I hadn’t watched Spiderman for years but apparently the message stuck with me.

I began to realize that I really was completely soaked and that gave me another excuse to return home. As I walked in the door, I stripped off all the dripping clothes and threw them into a soggy pile. Then I heard my mom’s voice in my head and took the pile to the laundry room and put it in the washer instead. I hung the boots over the sink and made a point of avoiding going near the pearls while I walked to the shower.

The warm steamy water was a welcome contrast for my chilled skin and the fresh minty soap woke me up more than the coffee had this morning. As I lathered, rinsed and repeated, I thought about the pearls. I thought about the ice cream and how perhaps it would be a nice breakfast, I thought about the boy and how he was probably arriving at school now only slightly damp. I thought about how I could use them to pull a fire alarm at work and get an extra-long lunch if I timed it right. Or I could take some amazing photos of the stop time images with my phone that would look like a really expensive fast camera took them. I could even rob a bank without anyone knowing how it happened and quit the job completely or an armored car as it unloads… Wow, I realized how easy it was to contemplate using them for selfish gain. I thought about the guilt I felt this morning, then about the dream and the loneliness.

I thought about a real hero. I knew a fireman who actually saved people, not every day but sometimes there were situations where he literally saved people. How much of a difference could a pause in time make for him? It would affect others, it would save lives and loved ones could get a close call stories instead of condolences calls. I had helped a little boy get on the bus so he wasn’t late for school, saved his mom a trip maybe. I knew what I needed to do. I hopped out of the shower and got dressed.

I called up my firefighter friend and asked if we could have lunch. I poured the pearls into a glass dish and just looked at them for a little while. They really were tempting in every way, gorgeous kaleidoscopic spheres. They almost glowed with power. My friend had said that he was free at 11:30am. I looked over at the clock and it was 10:59am. I carefully placed six pearls back into the plastic bottle, secured the cap and put it back in my purse which I swung over my shoulder. I walked out the door into the now clear and sunny day. The air smelled fresher after its morning cleanse. The plant life was all a little greener and I was ready to do the best deed of all. I walked over to the fire station and my friend; let’s call him Tony (he would like to stay anonymous), came out to greet me. We walked a block down to a little diner and sat in a booth. He ordered a burger and shake and I asked for a chicken salad wrap with an ice tea. While we waited for our food he said, “It is always good to see you, Jess, but what is the occasion?”

“Oh, I always love to catch up with you but this time I have a present.” I smiled.

I took the bottle out of my purse and placed it on the table between us. He crinkled his eyebrows at me.

“Looks like you already drank it, did you want me to recycle it for you?” he asked.

Tony bent down and his eyes dialed in on the pearls.

“Wow, this is unexpected. Usually pearls are something guys get their wives after thirty years of marriage. I am still really lost here.” Tony admitted as he picked up the bottle and swirled the spheres around a couple of times.

“These are special. They stop time for just a few moments.” I explained.

Tony put the back of his hand to my forehead and asked, “Jesse, are you feeling alright?”

“I didn’t want to waste one but let me show you.” I unscrewed the lid and poured just one pearl into my hand. To make it more dramatic, I threw my napkin and silverware into the air and pinched the pearl open.

“See?” I looked at Tony. He was frozen too. I didn’t think that through very well. I took my napkin and silverware out of the air and placed them neatly on the table again. Then I walked around the restaurant collecting salt and pepper shakers from all the tables and placed them in front of Tony. Then I sat and waited and waited. It seemed to take forever before everything jumped into action again.

“I told you, they stop time for a little while. Everyone was frozen except me, so I gathered up all those and put them in front of you.” I motioned toward the salt and pepper shakers.

“I think you should just try one.” I offered. I poured another pearl into my palm and placed it in his hand. He sat staring at it. People in the diner were starting to look at us crazy with our stolen salt and pepper shakers. The waitress was heading our way so I grabbed his hand and made him crush the pearl.

Just as before, the world was frozen except for Tony and I. “It must be the touch, we were touching when it was broken, and that is why we can both move now.” I didn’t know why I didn’t think of that before. It had happened the same way in Target.

“What is happening?” Tony looked around.

“I already told you, they stop time for a little while.” I said as I gathered up the salt and pepper shakers and took them back to their original tables.

Tony started laughing; he got up and waved his hand in front of the waitresses face. Then he strolled around the diner looking at the people and their faces, stuck in time. One gentleman had his fork halfway to his open mouth and others were in different states of chewing. “People do look strange when they eat, don’t they?” He noted.

“They will be unfreezing soon. We should sit down.” I suggested.

“So why are you giving these to me?” Tony asked as he slid back into the booth.

“Your moral compass is set right and you actually save people.” I said, “I believe a few extra moments in some of the situations you see may save somebody.”

Tony sat and looked thoughtful at the bottle for a while. The waitress who had looked annoyed now looked very confused. She took a step, looked at the table, then pivoted and walked away.

I had to stifle my giggle. She soon returned with our lunch and was as pleasant as can be. Tony was still just staring at the pearls.

“What are you thinking?” I pushed his plate closer to him.

“Will you promise to use them for good?” I asked.

He looked at me very somberly, “Yes, I will use them to help people.”

I knew I had made the right choice and now four people and four people’s families will benefit from these amazing magic pearls. Tony slid the bottle into his pocket and began to eat. We visited about other things and we never mentioned the pearls again except for when we were leaving the diner Tony said, “Thank you for lunch, and Thank you.”

I nodded and we headed in separate directions.

That is the end of the story.

What? You did the math? Ok, ok, there is still one pearl sitting in a glass bowl at my house. I put it on a top shelf. Who knows when the next rainy day may happen? 😉